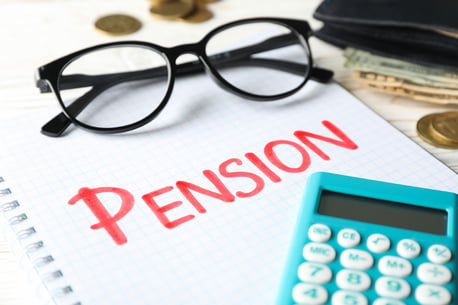 1. How can people best use the government's new pension scheme to their advantage?

It’s not exactly possible to ‘take advantage’ of the scheme as you are not allowed to put in lump sums or contribute more than what is agreed in each separate year. There are three separate time periods; you will be putting in 1.5% of your salary in year 1-3, then it increases in year 4-7 and again in year 5-9 to 4.5% of your salary. If you’re over 23 years of age and under 60, and earning over €20,000, you’re automatically included in it. So, you can’t actually take advantage by putting more in at the initial stage.

The government have said they are looking to make sure 750,000 people that aren’t in pensions are auto-enrolled and in future they will maybe look at ways you can take advantage by putting extra contributions or lump sums in. So, at the moment it is what it is and it’s very black and white.

2. There are four pension options people can choose from. Can you explain what the difference is and what people should consider when choosing between them?

It’s not actually a pension you can choose from. It’s one pension and your money will automatically go into it, but you get to choose from four different funds. This will all be dependent on your risk appetite. So, typically speaking, you will have low-risk, low-medium, medium-high-risk and maybe high-risk as well. So, what happens here is that the client decides what type of risk profile they pick.

2. Would you still advise having a separate pension plan as well as or instead of the state one?

Currently this scheme is only going to be used for people that don’t have a pension plan and so I wouldn’t recommend having a separate pension plan as well. We don’t know yet whether if you’re in the auto-enrolment scheme, if you then can take advantage of the likes of a PRSA or alternative pension plan.

We think that a lot of employers may now move to open an occupational pension plan between now and the launch of this scheme because theoretically speaking, it gets them out of having to contribute the 1.5% and up to 4.5% in the future. So, at the moment, the employer can have a situation where they can put in one tenth of an employee’s contribution. Not one tenth of your salary, one tenth of your contribution. So, if someone is putting in €2,000 per year, the employer only has to put in €200 to make it an occupational pension plan. In most cases, this is going to be way more affordable for the employer rather than going with the new scheme.

4.Do you know anything about PEPP, the EU-wide pension plan and will the two schemes be able to work together?


The PEPP is the European wide pension plan legislation that just got passed. If you have a fund already in Ireland, so an executive pension plan or a personal pension plan, it means that if you go abroad, you should still be able to contribute into it.

5. More and more people are worried about what they are investing in when it comes to their pension. Is there a way to be sure that your pension isn't investing in fossil fuels, part of a vulture fund etc.? How should we think about the ethics around pensions?

Yes, there is. So, there’s basically a new style of investing called ESG, which is ethical investing. There are some really good ESG funds in the marketplace and the one’s we would use at askpaul would be the Standard Life Fund. There’s different grading of ESG funds in the Irish marketplace. You should be looking for Article 9 – that’s the most responsible of the funds. An ESG fund will look after ethical, environmental, social and governance i.e., you will be looking at companies that can tap into the likes of climate change or gender equality in the workplace.

Overall, this is a really good incentive brought in by the government. However, it’s probably got the worst timing in relation to inflation and the amount of pressure that both employers and employees are currently under.

Employees are currently getting hammered with inflation and will more than likely be looking for pay rises from their employers to try and keep up with rising costs of living. We do have a fear that employers will be using the fact that they have to invest in the employee’s pension plan as a reason for not giving pay rises.

This may also put more pressure on the take-home pay for employees while inflation is running so high. However, we do realise that there is a pensions time-bomb which does have to be tackled at some time so it does seem as though there is never a good time to set one of these schemes up.