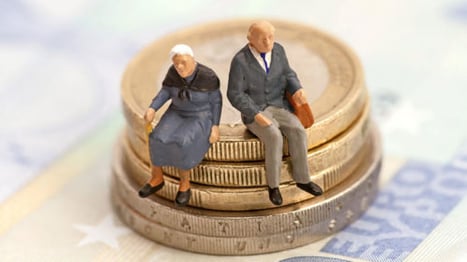 There are five simple steps to help reduce Ireland’s shocking pension gender pay gap, according to a leading financial advisor.

Yesterday the ESRI confirmed that retired Irish women are €153 poorer per week than men, receiving almost €8,000 less per year, an OAP gender income gap of 35pc.

The pension gender gap is actually worse than that because we must also take into account the fact that women live longer than men.

Irish women live, on average, three years more than men so women actually need more money saved for a comfortable old age and this is simply not happening.

Here are my five suggestions to help remedy the pension gender gap:

Only 10 per cent of firms offer flexible pension schemes that allow for gaps in a person’s working life. Most retirement plans are predicated on 30 to 40 years of uninterrupted service. This is good for men, but not for women — many of whom exit full-time employment to raise children or look after elderly relatives. The Centre for Work-Life Policy estimates that taking one to two years out of the workforce can decrease earnings potential by 14% with earning power slashed by almost 50% if you are out of work for over three years. According to me Retaining talented female staff  in the workplace is much easier if bosses offer flexible work arrangements. This is a win-win for the employee, who keeps paying into her pension, while the business does not lose her skillset.

Women account for a massive 70% of part-time workers in Ireland. Reduced working hours not only affects their pension contributions. It also has a negative impact on the growth (via compound interest) that would accumulate in their pension fund over the years, had she been paying higher premiums. According to Irish employment law, a part-time worker must be granted the same access to a pension as a full-time employee. But in reality, very few part-time workers — especially in the private sector — are part of a pension scheme.

Even when they work full-time, women earn less than men (Ireland’s gender pay gap is 13.9% according to the most recent survey). With less money coming in, the cost of basic necessities eats into the wages of women more than men, affecting their ability to invest more money in their pensions. Over a quarter (27%) of women do not regularly set money aside for their retirement, compared to just 18% of men. Narrowing the pay gap will help narrow the pension pay gap, it’s as simple as that.

Ireland is not just facing a pension gender gap; both sexes also differ in their approach to retirement. A 2017 Iposos Mori poll found that just 8% of women are planning to have an adequate level of income during retirement, compared to 22% of men. And a 2018 study found that just over one in three Irish women own a pension (36%) compared with 55% of men. Women should consider taking out a private pension — this can provide greater flexibility throughout their working lives. A 30-year-old woman could accumulate a pension of more than €300,000 across 35 years for the price of a cappuccino a day.

When women are offered a job, they should investigate the firm’s occupational pension scheme.

Will it allow for breaks in employment? Will their employer continue paying pension contributions during maternity leave? Ireland has a jobs boom at the moment and highly qualified and experienced job-seekers can haggle for better conditions. Women should start thinking long-term and demand the best possible pension, whether that’s through an occupational scheme or setting up their own private pension.